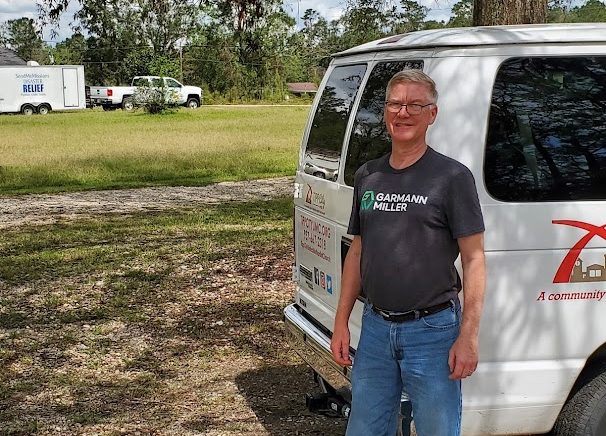 At Garmann Miller, our mechanical engineers and designers work behind the scenes ensuring people are safe, warm and dry in their environment. However, they are not simply helping the community by providing building designs. GM designers give back their talent to our clients, and communities in other ways.

Take for example Rick Gilbert. Rick, a professional engineer, was one of four volunteers from Tipp City United Methodist Church who drove to Louisiana in September 2021 to assist with Hurricane Ida relief.  He spent two days on the northwest side of Lake Pontchartrain assisting in various ways. Together the group tarped the roofs of five houses and helped a man clear his 93-year-old mother’s bedroom that had been damaged by a fallen tree. 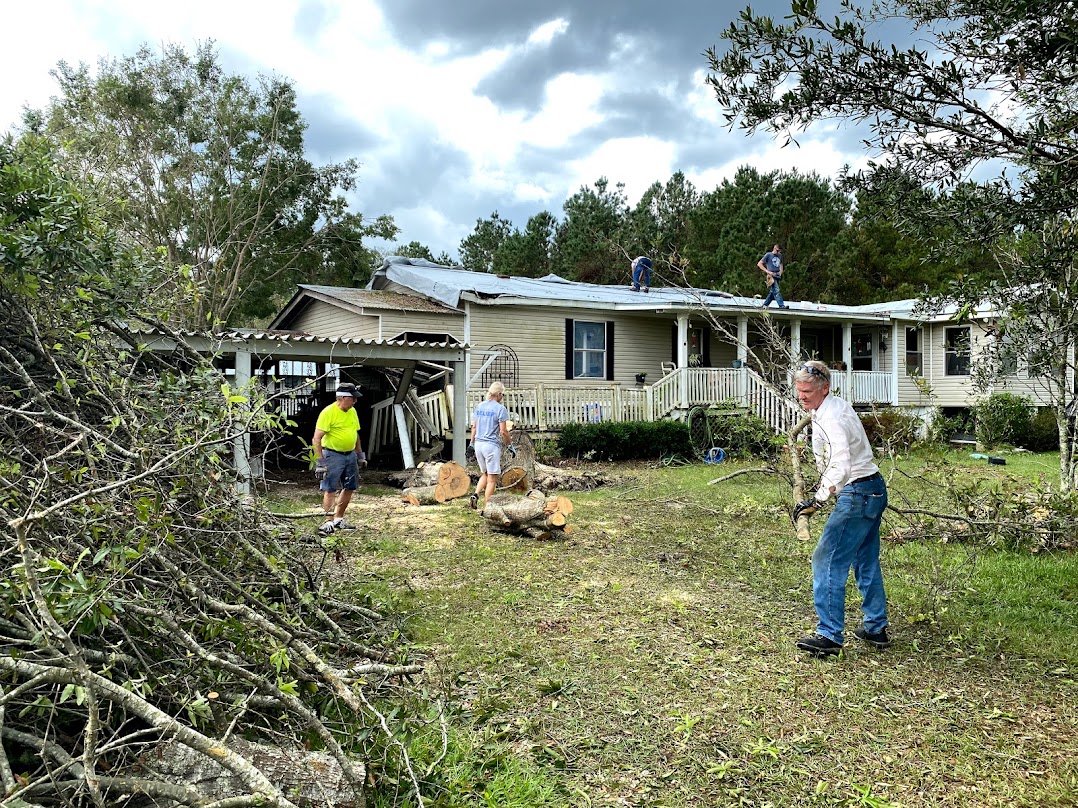 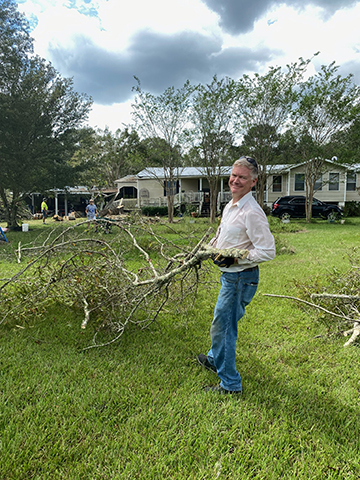 Another day was spent working at a house in Folsom. The group removed a tree that was leaning on the house, tarped the roof, and cut up four trees that had fallen in the yard during the storm.  The group’s final task was to repair a swing set that had been damaged when a small tree fell on it.  The homeowner told Rick she had saved her money to buy it and had spent several hours putting it together.  Her two- and four-year-old grandsons had played on it for an hour before they had to evacuate as Ida approached.  You can imagine how overjoyed the kids were to be able to play on it again!